From Values to Value: The Only Model for Legitimate, Inclusive and Sustainable Capitalism 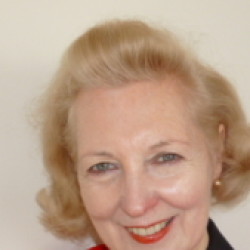 In a speech at a conference on Inclusive Capitalism in London last night, Mark Carney, Governor of the Bank of England, said that there is “a sense that this basic social contract is breaking down”, adding that “within societies, virtually without exception, inequality of outcomes both within and across generations has demonstrably increased. Now is the time to be famous or fortunate”. And, “there is also disturbing evidence that equality of opportunity has fallen”; “intergenerational equity is similarly strained across the advanced world”, and “environmental degradation remains unaddressed”.

He argued that “to maintain the balance of an inclusive social contract, it is necessary to recognise the importance of values and beliefs in economic life…part of inherited social capital, which provides the social framework for the free market”, and that “social capital refers to the links, shared values and beliefs in a society which encourage individuals not only to take responsibility for themselves and their families but also to trust each other and work collaboratively to support each other”.

Answering the question “so what values and beliefs are the foundations of inclusive capitalism?”, he said: “in short, there needs to be a sense of society”. He notes that “these beliefs and values are not necessarily fixed; they need to be nurtured”, and “unchecked market fundamentalism can devour the social capital essential for the long-term dynamism of capitalism itself. To counteract this tendency, individuals and their firms must have a sense of their responsibilities for the broader system”. He went on to say that “all ideologies are prone to extremes. Capitalism loses its sense of moderation when the belief in the power of the market enters the realm of faith. In the decades prior to the crisis, such radicalism came to dominate economic ideas and became a pattern of social behaviour. Market fundamentalism – in the form of light-touch regulation…contributed directly to the financial crisis and the associated erosion of social capital” and “ensuing events have further strained trust in the financial system”.

Referring to the role of The Bank of England, he said its mission is “to promote the good of the people of the UK by maintaining monetary and financial stability” and he argued that “central banks have an important role to play in supporting social welfare”. To achieve this he said that The Bank of England can “create an environment in which financial market participants are encouraged to think of their roles as part of a broader system”, and “by building a sense of responsibility for the system” so that “individuals will act in ways that reinforce the bonds of social capital and inclusive capitalism”.

He then said that “Central banks’ greatest contribution to inclusive capitalism may be driving financial reforms that are helping to re-build the necessary social capital” and that “four financial reforms are helping to rebuild trust in the system: ending the situation of some banks being Too-Big-To-Fail, creating fair and effective markets, reforming compensation, and building a sense of vocation and responsibility”.

On the last point he argued that “business ultimately needs to be seen as a vocation, an activity with high ethical standards, which in turn conveys certain responsibilities”, adding that in the financial services sector “it can begin by asking the right questions. Who does finance serve? Itself? The real economy? Society? And to whom is the financier responsible? Herself? His business? Their system? The answers start from recognising that financial capitalism is not an end in itself, but a means to promote investment, innovation, growth and prosperity. Banking is fundamentally about intermediation – connecting borrowers and savers in the real economy”.

Highlighting what went wrong previously, he said: “in the run-up to the crisis, banking became about banks not businesses; transactions not relations; counterparties not clients. New instruments originally designed to meet the credit and hedging needs of businesses quickly morphed into ways to amplify bets on financial outcomes”. And, “when bankers become detached from end-users, their only reward becomes money. Purely financial compensation ignores the non-pecuniary rewards to employment, such as the satisfaction from helping a client or colleague succeed”.

Describing what needs to change, he said: “this process begins with boards and senior management defining clearly the purpose of their organisations and promoting a culture of ethical business throughout them. Employees must be grounded in strong connections to their clients and their communities. To move to a world that once again values the future, bankers need to see themselves as custodians of their institutions, improving them before passing them along to their successors”.

And his final comment on this point was: “ultimately, of course, social capital is not contractual; integrity can neither be bought nor regulated. Even with the best possible framework of codes, principles, compensation schemes and market discipline, financiers must constantly challenge themselves to maintain the standards they uphold”.

As regular readers of my Strategy Snacks will know, I recently wrote an article entitled From Values to Value: The Only Sustainable Business Model and the Foundation of Lasting Reputations. I suggest Carney’s talk is entirely consistent with the case I made, and could have been given the title From Values to Value: The Only Model for Legitimate, Inclusive and Sustainable Capitalism.

In my Strategy Snack I wrote: “if we look at all companies which last, they all have strong reputations that are rooted in strong values focused on developing healthy and balanced organisations. They don’t focus on trying to achieve quick short-term results by cutting corners which would damage their health; they focus on achieving a level of performance that is sustainable”. And to support my argument, and the universal truth of it, I suggested: “look at long-established businesses the world over and I think you will find that their actions bear witness to this truth: the John Lewis Partnership (UK), Johnson & Johnson (USA), Natura (Brazil), Doosan (Korea) and Tata (India)”.

In explanation I said that “such companies have strong values that they live by. They are not vision statements that are nothing more than meaningless rhetoric. They are often articulated in a code of ethics, a credo, or a company oath, rather than a values statement, but what matters is not the name of the document. It is the fact that they are the guiding principles that the organisation lives by, and acts by – they are embedded. They govern decisions, and they are almost always the foundation of good stewardship principles and practices. The companies that I refer to above have probably all made mistakes. But they rarely make the mistake of focusing on short-term and other mistakes can be corrected”.

Full Speech by the Governor of the Bank of England.

2 thoughts on “From Values to Value: The Only Model for Legitimate, Inclusive and Sustainable Capitalism”